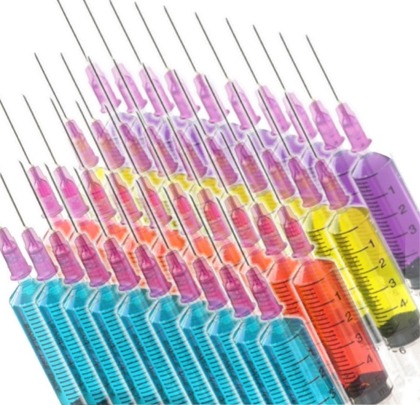 Vaccines are proclaimed to save babies’ lives. But is it true? This study provides compelling evidence that it is not, that in reality they’re killers.

The reason for giving vaccinations to infants is supposedly to protect them from harm. If that’s true, then it would follow that the countries giving the most vaccines would have the lowest rates of infant mortality.

But they don’t. In fact, a new study documents just the opposite. The Journal of Human & Experimental Toxicology(1) published a study in which the authors carefully compared the vaccination rates of the nations with the lowest infant mortality rates to see if there’s a correlation between number of vaccines and death rates of infants. The results could not be clearer:

The more vaccinations a country gives, the more babies die.

The table to the right, adapted from the study report, shows the infant mortality rates (IMRs), in terms of deaths per thousand, during the first year of life for the top 34 nations in the world. This data, from the US’s Central Intelligence Agency database, is the study’s source for IMRs.

Four of the nations, Andorra, Liechtenstein, Monaco, and San Marino are quite small, so the number of deaths were too low, resulting in extremely large confidence intervals, a statistical indication of accuracy in the figures. Therefore, they were not included in the study because they held the potential of skewing the results. That left 30 countries for the study.

They obtained the immunization schedules for the first year of life in the other 30 countries, which ranged from a total of 12 in Sweden, Japan, Iceland, Norway, and Denmark, up to 26 in the United States.

The countries were arranged into five groups, as shown here with the number of scheduled vaccines in parentheses:

The results of that arrangement are quite dramatic, as shown in the graph to the left. Although there is a wide variance, the trend is unmistakable. The p-value, which is a statistical representation of the likelihood of reaching these results by chance is tiny, only 0.0009, which indicates almost no chance that the results were obtained by chance.

The more vaccines given, the higher the death rate in infants under a year of age.

The authors also discussed the fact that the most important requirements for health in babies are “clean water, proper nutrition, improved sanitation, and better access to health care”. They give examples of nations lacking in these necessities that put scarce money into vaccinations. Examples cited, including number of doses scheduled in the first year, coverage rate, and IMR, are

In regard to the focus of vaccines over basic health requirements, the authors state:

As developing nations improve in all of these areas a critical threshold will eventually be reached where further reductions of the infant mortality rate will be difficult to achieve
because most of the susceptible infants that could have been saved from these causes would have been saved.

It’s clear that a nation putting money into vaccinations in a population suffering from inadequate basic necessities is throwing its money away. It could better improve health by providing more of the primary requirements for it.

In spite of the claims that vaccinating infants saves lives, in populations where the basic health requirements are met, the actual effect is contradictory to the promise. The more vaccines given, the higher the death rate.

Purchasing vaccines is not equivalent to purchasing health.

The authors go on to discuss one likely cause of the higher death rate with greater numbers of vaccines, sudden infant death syndrome (SIDS), also known as cot death or crib death. This aspect of the study will be covered in an upcoming article.